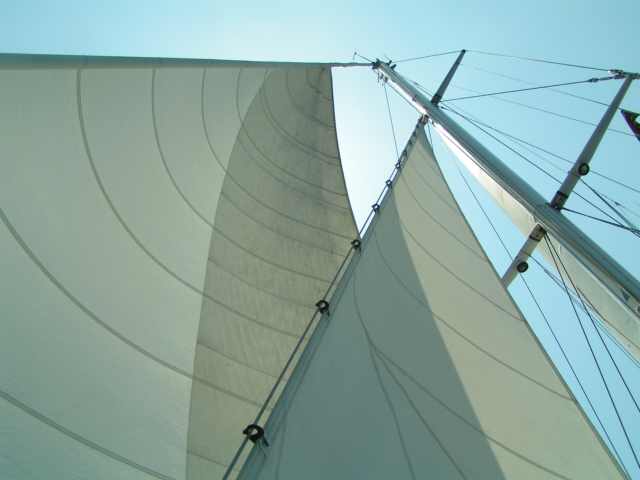 We left Mallorca on May 28 after waiting for the correct winds. We had bumped into friends in the Sa Rapita Marina, where we had gone to tank up with water. At last we were on our way to Turkey. The wind filled to 12 knots from the North and we set our standard suit of Main, Mizzen, Stays'l and Part Genoa. Moderate winds and flat seas, what could be better? 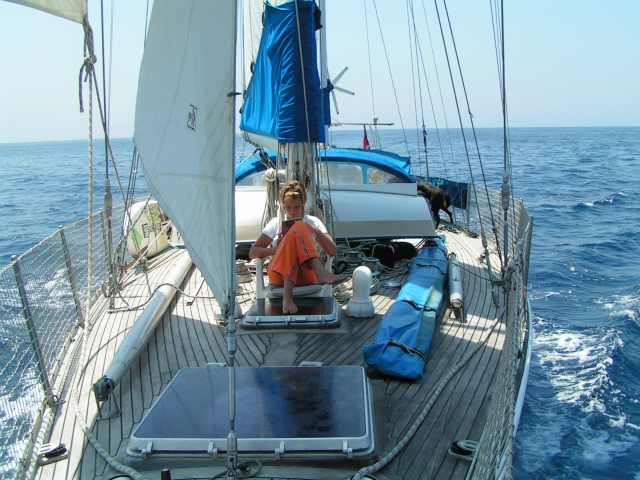 These conditions invite the daily school lessons to be taken on deck in the fresh air. Jack of course is more interested in the galley.

We stopped in a little anchorage called Malfatano on the south coast of Sardinia, partly to rest and partly to wait for wind. Jack took the opportunity to re-live his previous life as a seal, fishing in the shallows.

These four pictures were taken in Pula at the Ruins of ancient Nora. It was founded by the Phoenicians, and settled by others before being abandoned in the 5th century. The original citadel was established between the 9th and 8th century BC, probably because of its strategic location on Capo di Pula. It was governed by Carthage in the 6th cent. BC. Once the biggest city in Sardinia, the encroachment of the sea, and the invasion of the Vandals, reduced its importance until its abandonment. 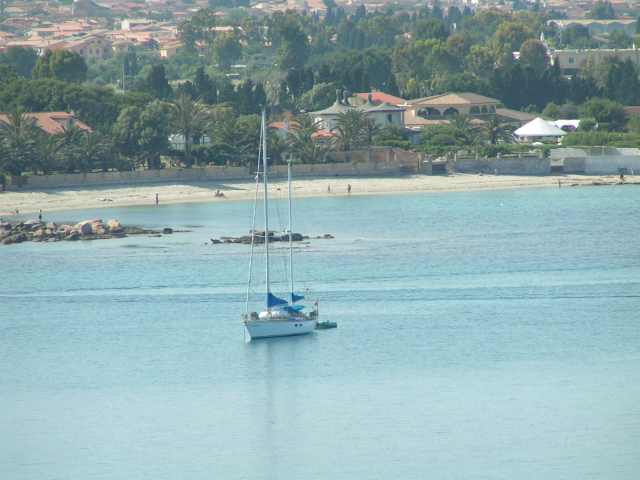 Another picture of Gilana at anchor. This time in the bay of Pula. We departed the next day for Sicily.