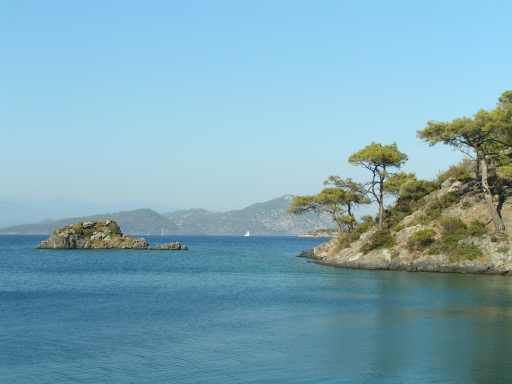 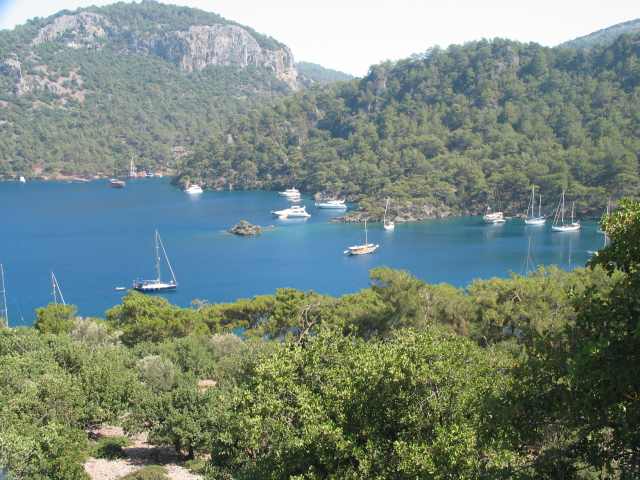 Two views of Wall Bay, so called because of the ancient wall that divided and protected the peninsula for its inhabitants. The first view is from Gilana looking out to the bay, the second was taken by our friend Rachel, who with Ed, took Liz rock climbing. Gilana is the middle boat of the group of three to the right. 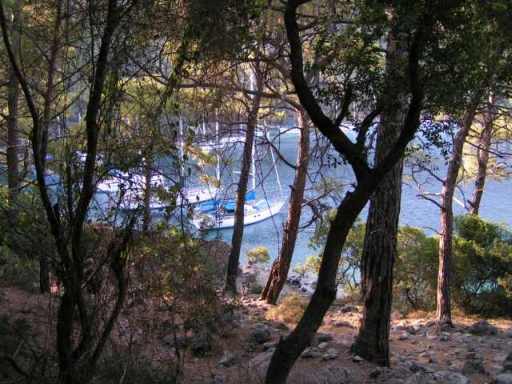 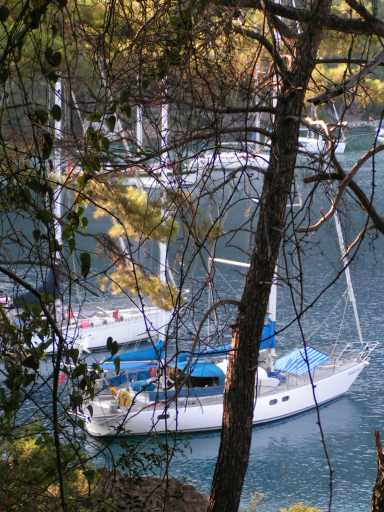 Two pictures of our dear home. We tied two lines ashore from the stern, and hung against the anchor which was in 20 metres of water down a steep slope. This is the way it is done here. We got quite good at it, and the method is simple, but different for every boat. In our case we would prepare the lines astern and load them completely into the dinghy. At this time we would drop the anchor and start reversing Gilana to the shore, while giving generous slack on the anchor. Liz would have tied the lines ashore in an appropriate location by now, and would be coming towards us while paying out the line. Upon reaching Gilana, she would hand the lines up through the fairleads and we would take turns and cleat. Finally the anchor would be tensioned with the windlass, and we stop the engine. We would recover about 15m of chain leaving 50 - 60 metres out on the bottom. 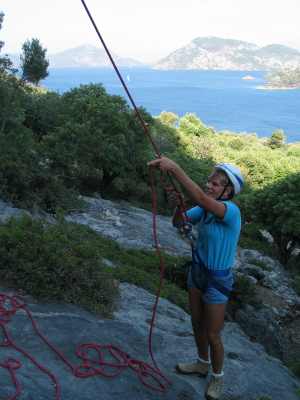 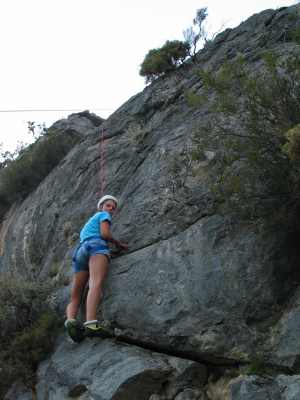 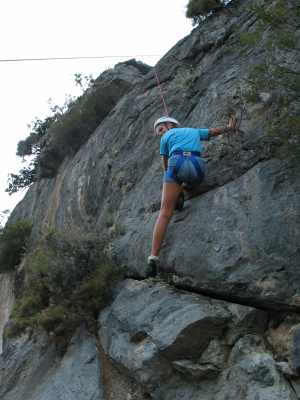 Liz was taken Rock Climbing by Ed and Rachel, a couple we met here, who are mutual friends of the family on "Danza". We spent a few weeks with Danza and it was great to meet them, we became good friends and really enjoyed their company. 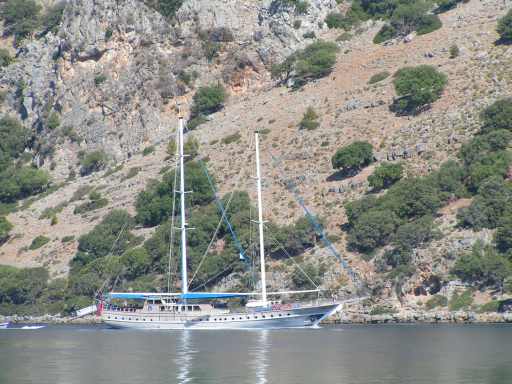 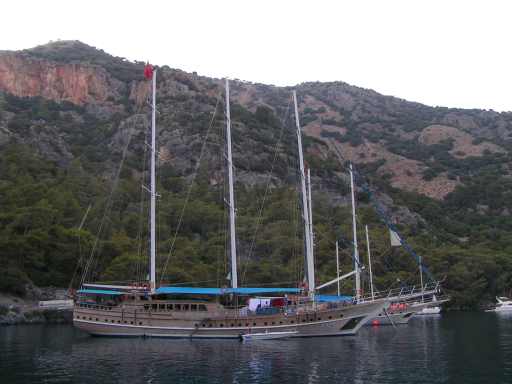 Huge wooden Gulets abound here, with up to 70 loud tourists aboard. 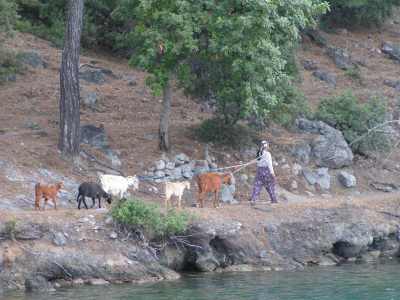 Goat herder behind Gilana, she had just put her cell phone in her pocket. 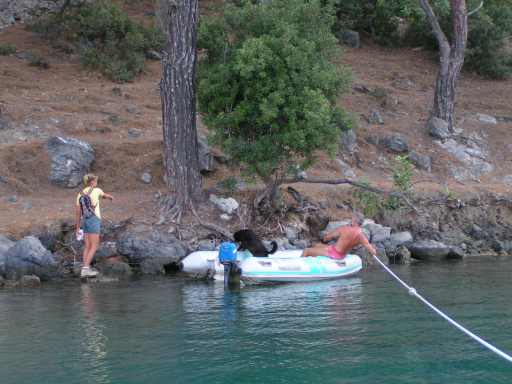 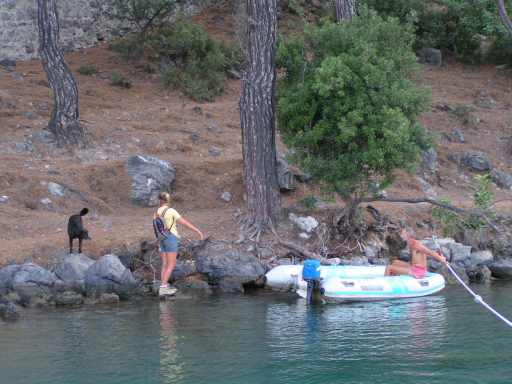 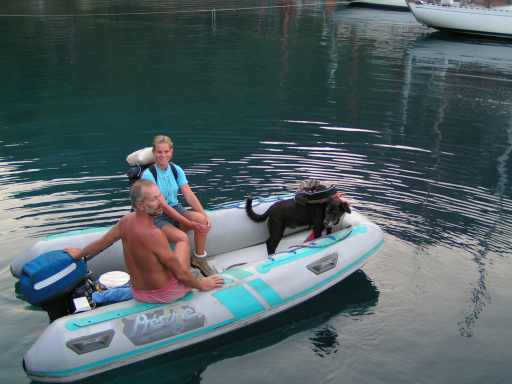 The kids...That is Liz and Jack from Gilana, Jack with his haversack on, together with Jasper and David from Danza went to sleep ashore one night. 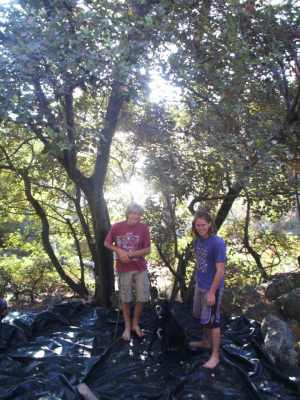 Jasper and David preparing the campsite. 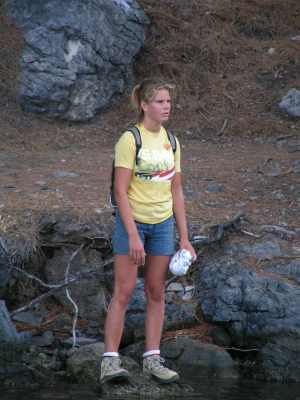 Liz comes home the next morning, calling for a lift in the dinghy. 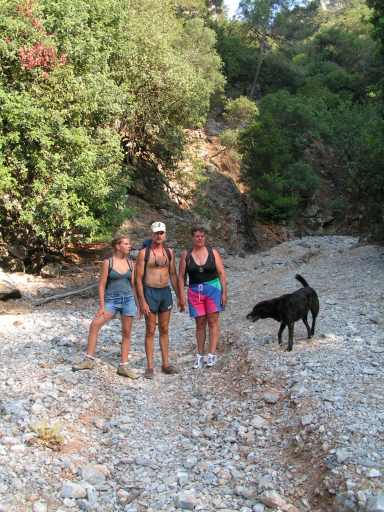 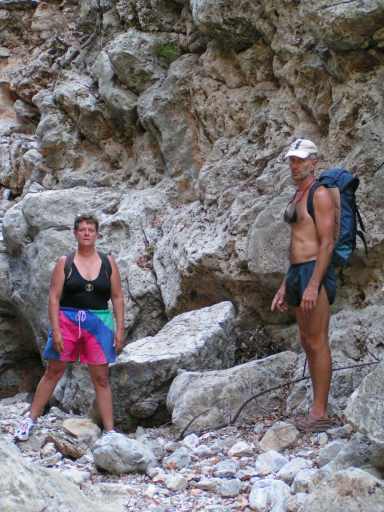 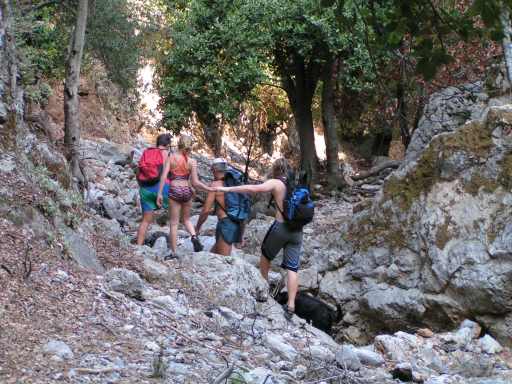 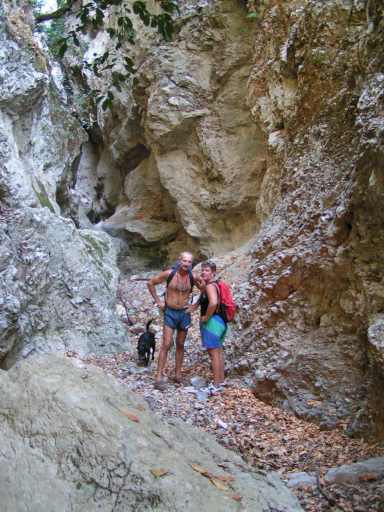 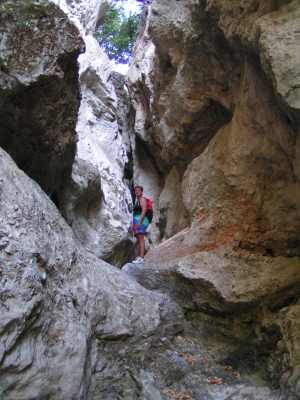 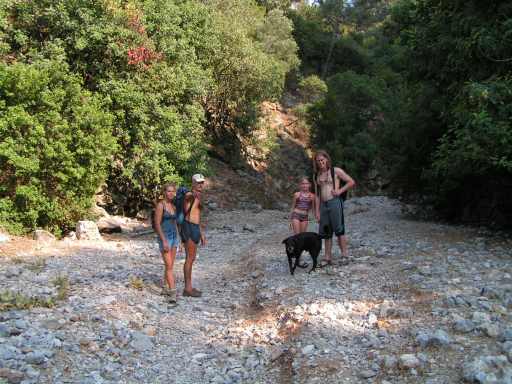 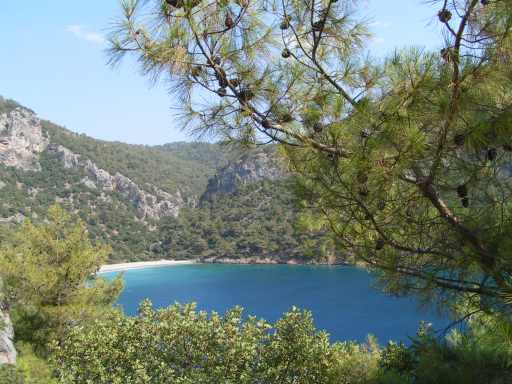 We went hiking with David and Charlotte from Danza. It was heavy going in an area not often walked through. Jack got very hot and literally dived in to the sea when we were still walking along the rock cliffs. We almost had to retrieve him but he managed to swim ashore. 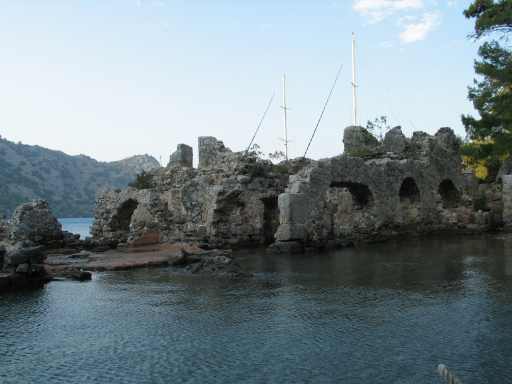 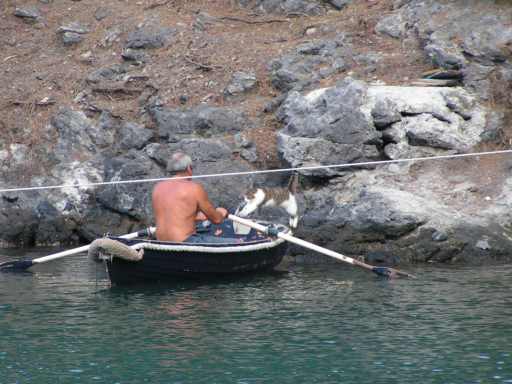 Our Neighbour had a cat that used to go potty on the shore, then return and meow to call him for a ride back to the boat. Here Laura caught the cat in mid-air. 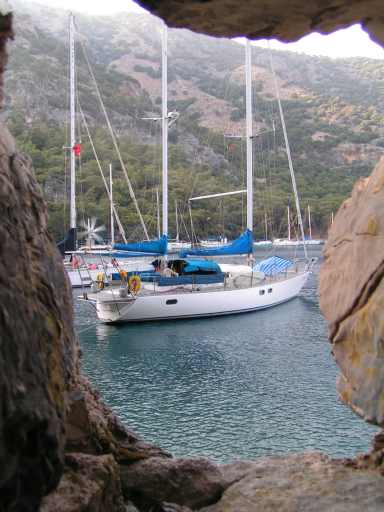 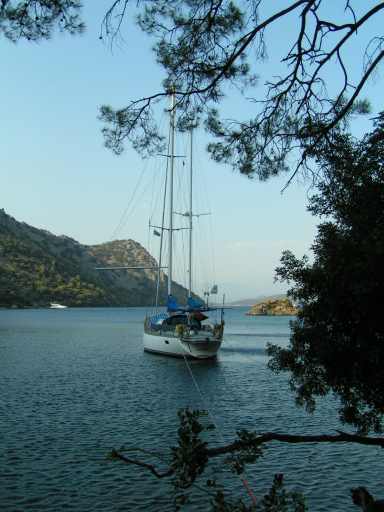 Two more pictures of Gilana. One taken through a hole in the "Wall" at Wall Bay. The Spinnaker pole is deployed here as an outrigger for the kids to play on as a swing. 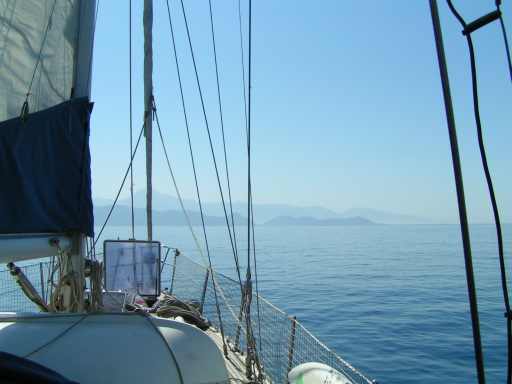 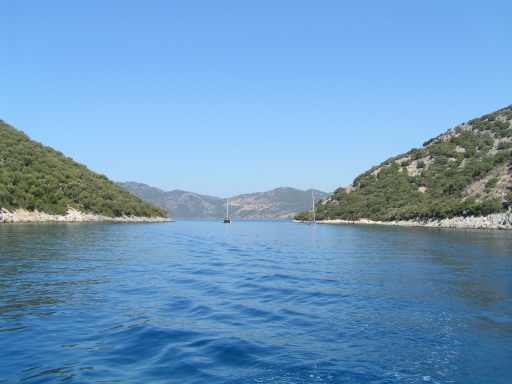 Leaving the Bay of Fethiye behind us, we head for Kizilkuyruk with Danza a few minutes behind.