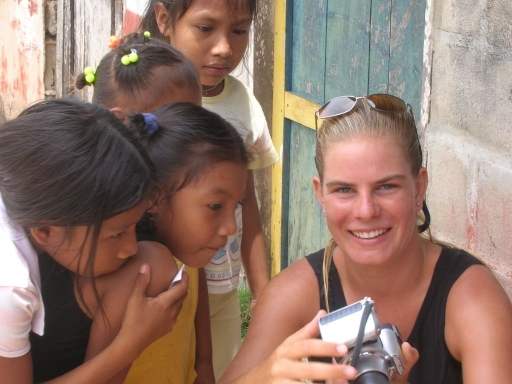 It seems that the time has come to let my journal come to a close. I have thought about it for quite some time but it is becoming harder and harder for me to write them.

If you follow the updates of the web site you might have noticed that it has been about a year since my last update. The reason is that, whenever I decide to start my computer and 'catch up' with my writing I find myself staring at a blank document, after a couple of minutes I get frustrated and end up shutting down my computer and doing something else. Call it writers block or lack of motivation but it is actually boredom. I realize now that it was not the places that I went to that gave me a thrill, it was the people that I met along the way that really made the journey worthwhile.

If I look back at the places I have been, no, if I think about the places that I have been and really think about the things that I have done and the people that I have met, it is the people that make or break a place for me. My journals morph with me as I grow and change, my writing changes with my whims and desires. The reason these journals were started in the first place was a promise to my grandmother and aunt. They wanted me to keep a diary, a diary that one day I would be able to pass down to my children, a diary that I would be able to look through in old age, to remember what was, and to reflect on what could have been.

My parents discovered that I spent a great deal of time writing my journals and encouraged me to use the computer and write not just for me but also for the web page. This combined two subjects, typing and English which made my schooling hours shorter and I found that I enjoyed 'typing' more if I had an interesting subject and, it slows down your thinking, allowing introspection.

When I leave home again, I will enter once again into the real world and my experiences will no longer be unique or through the eyes of a child. Follow the web site photographs to see what we have been doing and where we have been but for now my journals will cease. When I write, it will be about a topic that takes my interest, anything from plants to politics, religion and segregation to running and soccer. The views that are expressed through my writing are mine and mine alone. I have no side in politics, how could I? I once was talking to someone who was in the United States Navy. Somehow we got onto the topic of politics, the administration and the Columbian FARC guerillas. My views on politics changes with my mood and changes with the country that I am in. I have an opinion about the American government, Chavez in Venezuela and Castro in Cuba but I am not a citizen of any of the above countries and am not affected by their political policies or lack there of. I don't have any sort of political agenda, I am not religious and I am not an activist of any sorts. All I am is someone that speaks their mind, writes what I think about, when I think about it and who maybe has not learnt to keep my mouth shut when it is best to do so.

I think I just realized how short life is.

I'm eighteen, I'm supposed to be bullet proof, aches and pains are for old people, reason is for old people, I'm young and I'm invincible....only I'm not. I was running about two weeks ago, chasing a football when I broke eye contact with the ball and looked up for a split second. The next moment I fell, really hard. I must have tripped over a crack in the pavement but the thing that scared me was that I actually hit the ground. Yes, that is normal you say. But is it really? The last time I tripped I caught myself, I stumbled momentarily but my feet caught up with me and I avoided a collision with the ground. Not this time, this time I hit the ground, both knees grazed and bleeding, the palms of both my hands and, unbelievably my elbow too. I was up in a second, embarrassed that I had fallen and refusing any assistance in getting up, I turned my music back on and I kept running, fueled by adrenaline. The blood was streaming down both my legs, the flow of blood aided by the sweat covering my legs. The pain was bearable but started increasing as I kept running. Why? Did I have anything to prove? No, I did it because the pain felt good, the pain made me run, made me feel alive.

Is this me being bullet proof? I call it being stupid. I got home, the blood of my legs dry and the rest of my body wet with sweat. The pain was good.

The following morning I was in agony, not my knees, but my back, neck, head and legs too. This now was my punishment for being stupid the day before. This was a simple cause and effect equation. Cause and effect equation happen throughout your life, sometimes obvious, sometimes not so. Sometimes we learn from our mistakes, we realize what the problem was and we don't make the same mistake twice, but sometimes we do.

So what is this all about, taking risks but not going over the line? Making mistakes and then learning from them? Life is short, we are given a finite number of days upon the earth and every decision we make from the moment of our birth either adds to or subtracts from that number. So if we live a stable, sheltered, 'accepted' life do we live longer, do we have a better chance of 'surviving'? But what is surviving without living? Everyone should do at least one absolutely amazing, 'out of this world' thing in his or her life. It is for each person to find the difference between daring and dangerous.

Take chances not risks, find the difference!..and let me know.

Life is too short to have regrets, but they do happen. If you do have regrets let them be 'Shouldn't haves' not 'Should haves'.

A very dear friend of mine died at the age of fifteen, I had known him since I was six and was my first friend at my school. We were inseparable, until of course I left to go sailing and he and his family moved to the United States. Throughout the Caribbean and our time in the United States I emailed him and occasionally managed to call him. We were always making plans to meet up and for him to come and visit but then 11th September happened and his parents got scared. I emailed and phoned him on occasion while we were in Europe but the times became few and far between. We left the Balearic Islands and sailed to Turkey and back, during that time we lost contact. When I returned to the Balearics it was a month before his 16th Birthday. I didn't want to let him know that I was back in the Balearics as I wanted to call him on his birthday and surprise him. I sent him a gift and a postcard that I found funny. It was in black and white and was of three old men with no more that ten teeth between them, and canes playing checkers in a corner café. On the back of the card I wrote 'This is going to be you and your mates in a couple of years'. Why not? After all, everyone gets old .... don't they? We take everything that we are given for granted, food, water, love, an education, the ability to read, internet even old age, but, we shouldn't.

My friend died before he got that card, he died two days before his sixteenth birthday. Is that fair? Did he take arthritis and grey hair for granted, I know I do and I shouldn't. Never take anything for granted, not food or family, a place to call home or an education. Don't take anything for granted, we look past things that should be there and don' realize how important they are until they're gone. How many things do each of us take for granted each day, did you even notice that the sentence before this has a 't' missing? Did you 'miss' it? Did you take it for granted?

There are a couple of words that, when in a foreign country, you should take the time to learn. These words are 'thank you' and 'please'. Most take the time to learn these with the help of travel guides or the internet, but how many of us forget to use them in every day life in our own language?.

When was the last time you smiled at a stranger? Try it. At the grocery store, at work, off to the bank, at the beach, in the park. Smile, see what happens it might be cause for a strange look, a smile in return or it could even be the start to a new friendship that lasts years. What have you got to loose? Your 'pride'? Just think about what you could gain!
Roatan March 2008