During our "crossing" from Tenerife to Gran Canaria we experienced some of the fastest speeds known to us while onboard Gilana, reaching speeds up to and slightly above nine knots. We arrived under the cover of darkness (sounds sinister doesn't it? "Cover of darkness") and tied stern to along the floating jetty. Although deep down I was happy to be back in Gran Canaria, I was disappointed about not being able to stay and dive in Tenerife.

Shortly after arriving, I was up the mast arranging the Christmas lights in our traditional tree like form securing it to the stanchions and mast with the help of a number of 'pull ties'. 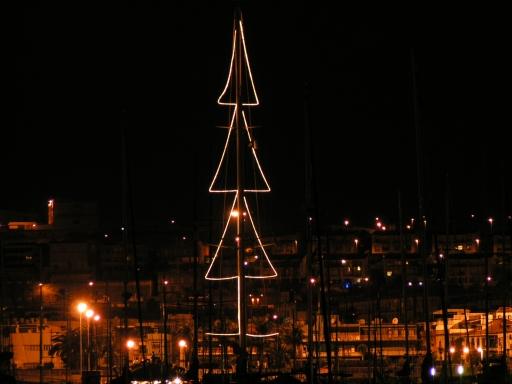 I love eating, I can't deny it, and mom has even considered putting a lock on the fridge but has decided against it for fear of losing or in her case "misplacing" the key. No matter how much I enjoy eating it never consumes a great deal of my day and the idea of spending an entire day sitting at a table cleaning plate after plate, course after course really annoys me.
This year was no exception and although I was enjoying the company, the vast amount of sugar and proteins that I had consumed made me restless and the only thing in the world that I wanted to do was to burn some energy.
Ideally I would have liked to go for a run but it was getting late and mom and dad weren't happy about me going out by myself. Although this concern is understandable, especially around Christmas I had so much energy that I could have outrun Road Runner.
With my idea of going for a run flattened I excused myself and went back to the boat where I did a few pull ups, had a cup of tea and, feeling terrible, had a shower and went to bed, not knowing whether my stomach would let me live until morning. 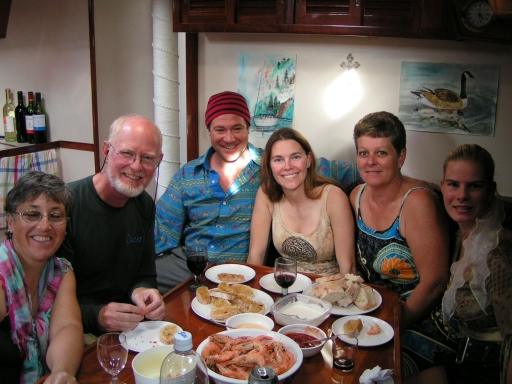 Mom and dad try and give me a life lesson out of everything that I experience. Having been brought up this way I feel an obligation to pass my wisdom down to others and try to educate those unfortunate souls that have nothing better to do with their time than to read my journals.

I am happy to say that I survived the night and was feeling great, at least until I saw the washing up.

We hired a car with Jeff and Jean AKA Jimbo and Jennifer and went for a tour of the island.
Like its volcanic cousins the Azores, the Canaries are dry and semi desert near the coast, but at a slightly higher altitude the climate changes dramatically with lush vegetation clinging to the sheer rock faces.
As we were winding our way up one of the narrow mountain roads we approached a number of odd-looking holes carved into the rock face. Never missing the opportunity to go exploring I insisted that we stop for a few minutes to investigate.
Dad, fearing the wrath of his teenaged offspring promptly pulled over and I was out of the car before he had come to a stop. The caves were rather interesting, beginning their life naturally they were then further excavated into perfectly square rooms that would have made Pythagoras proud.
We decided that the caves were probably used by herdsmen while tending their flocks. This is debatable however as the closest town was a miles away. Upon closer investigation at the caves interior I found the ground littered with broken bottles, plastic wrappers and something goat herders never go without in this barren foresaken land a Big Mac and fries container, makes you wonder, if not the meaning of life at least the growing problem of the worlds pollution. 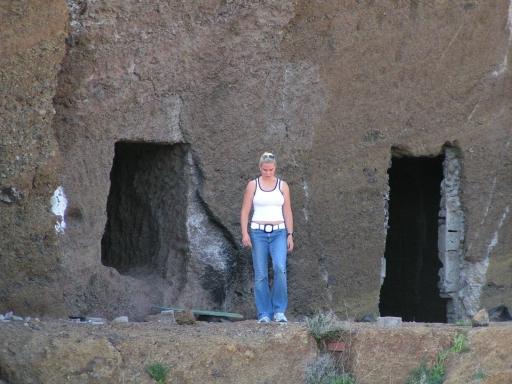 While in Gran Canaria dad decided that it would be a very interesting experience to visit the Science and Technology Museum. We spent hours watching, touching and smelling the exhibits that were available to be poked and prodded.
There were a number of interactive games that occupied us for quite some time. One of which was a computer into which you programmed the year, day and, if possible time that you were born. From this information it tells you how many hours, minutes and seconds you have been alive as well as what major event happened at the closest time to your birth. 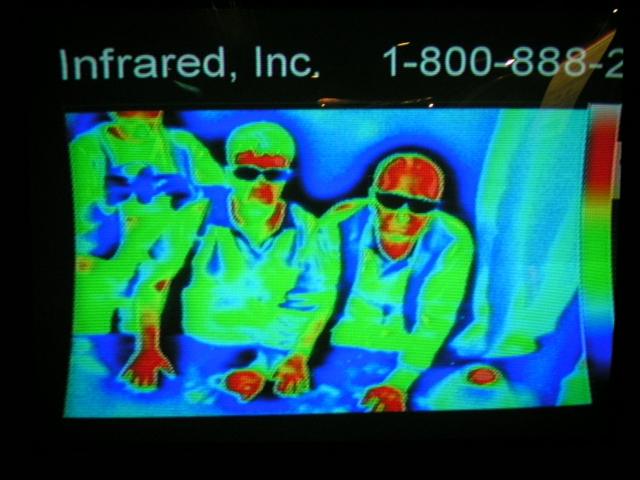 New Year was the same as Christmas, lots of eating, talking and celebrating. One of the captains on a ship moored in the commercial part of the port must have fallen asleep on the ships horn, which blasted across the bay for fifteen minutes flat. We were a good mile away yet the noise generated from this horn which on every other day blasted across the port to announce its arrival and departure. 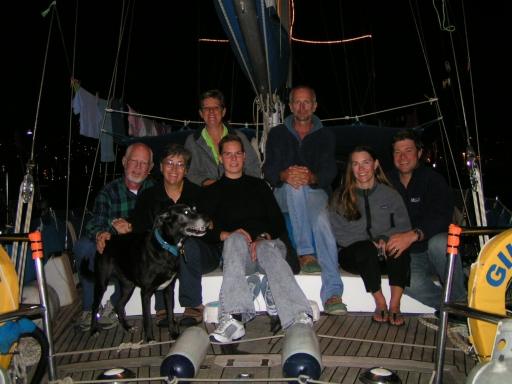 After spending as much time as we have cruising we have found that one of the biggest problems with sailing with kids is the making of friendships.
I still have to be pushed, kicking screaming and clawing into starting a friendship. Mom and dad are always right when they tell me that I will be sorry if I don't "pull finger" and make friends and every time that I listen to them they have been proved correct.
Making friends with Sandy and Travis who were crewing on a boat called Mero was no exception. We were on the same dock as them for a number of days before mom and dad, sick of my stubbornness 'arranged' for me to show them where the supermarket was.
From that day, until the day they left I spent as much time as possible with them until, quite honestly they must have been sick of me. I cried when they left and spent quite some time after their departure sulking around the boat. 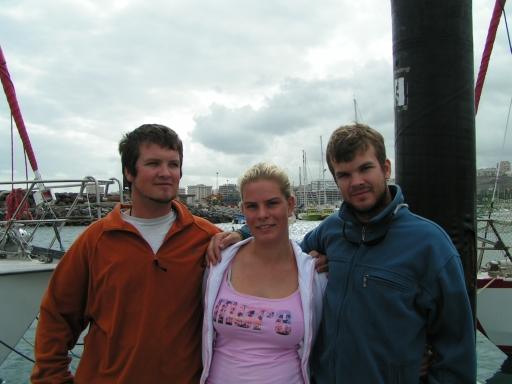