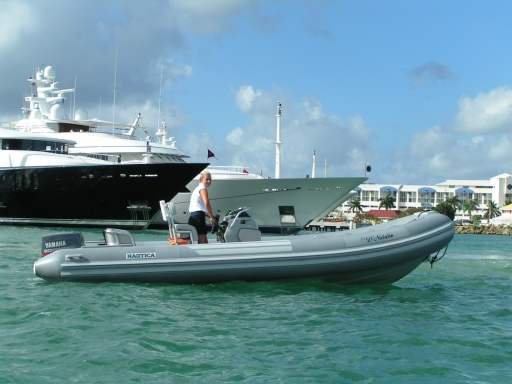 Of late you might have noticed that I give my journals little headers and sub headers. Normally I write my journals by place and country however, this time it is going to be different. I am going to include everything that happened to me while on board D’Natalin in ‘ The D’ Natalin project’.

So how did it all start?

Having finished school and arriving in the Caribbean I spent most of my time both before and after my STCW ’95 course, reading, sleeping and running on the beach.

Mom and dad decided to give me a little project, to compile a reasonable Curriculum Vitae (CV). It took me the better part of a week to organise the CV and to go out ‘Into the field’ and get the opinions of a few captains on Mega Yachts. I even went to a few crew placement agencies and asked them for their thoughts, as well as ideas for what would look good and would appeal to ‘The industry’ as it is known. By ‘Industry’ I mean the realm of the Mega Yachts.

I spoke to a few captains through the course of the week. On one day, I believe it was a Sunday. I was walking back along the docks to the dinghy when I thought I heard someone call my name. I turned and, after not seeing anyone conspicuously waving or whom I recognised I continued on my way. The next thing I know there is a guy chasing after me on a bicycle, shouting to me and trying to get my attention. Although the sight was rather comical I decided to stop and find out what this person was on about.

Apparently he was the Captain of the boat next to the one that I had just visited. I later found out that he had seen me talking to the first Captain and, as soon as he saw me leave he went over to see what I had wanted.

I explained my situation and gave him a copy of my CV, which was not full of notes taken from my last Captains visit. He glanced through and asked if I could come the following morning for and interview, I agreed and, with that I left.

The following morning I knocked on the hull and one of the stewardesses showed me into the crew quarters.

I was rather nervous and felt awkward standing watching the crew get up and coming through to the crew mess, in their pyjamas rubbing sleep from their eyes. Cathrine or Cat as she was known among the crew, was the chief stewardess and soon put me to work cleaning the guest cabins.

I was not expecting that at all as I was told to come for an interview and knew that my parents would be expecting me back soon. Oh well, no getting out of it now I thought.

Around midday the Captain introduced himself as Captain John. During lunch I was asked what I can only assume are the normal questions a person would get asked and although most of what he wanted to know was already in my CV I answered the questions as best I could.

Oddly enough, although I had arrived that day for an interview as a day worker or possible Deck Hand I soon found myself in the pilot house in front of a computer updating the boats ‘books’ as the hard drive on the laptop had crashed and they had lost all of their accounting information. My job for the next five days included, updating the boats books and, thankfully some outdoor work. 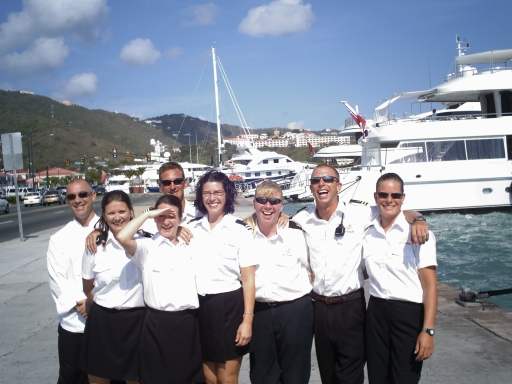 It was a Friday and the day before the first charter when John asked me if I would like to work during the two week charter to the British Virgin Islands and US Virgin Islands. To say that I was excited would be an understatement. Actually now that I think about it, I don’t know if I was excited as much as I was intimidated. Luckily I was part of a crew that were determined to teach, no matter what the costs.

The two week charter went smoothly and I learned a lot, although some of the ‘rules’ and what was expected of us, I found rather odd. Then again, I wasn’t getting paid to judge the guests or crew I was there to do a job, nothing more, nothing less.

Something I soon found out was that mega yacht owners are rather private people, odd I thought considering the size of their boats but, there we have it. It is because of this privacy policy that I am unable to give you details of day to day work or anything that happened with the crew. I soon learned that, what goes on in the crew mess, (name for the crews quarters of the boat) stays in the crew mess. There was also a slight amount of segregation due to rank and I found out about the ‘Stripe game’, a new experience and did not quite understand it. 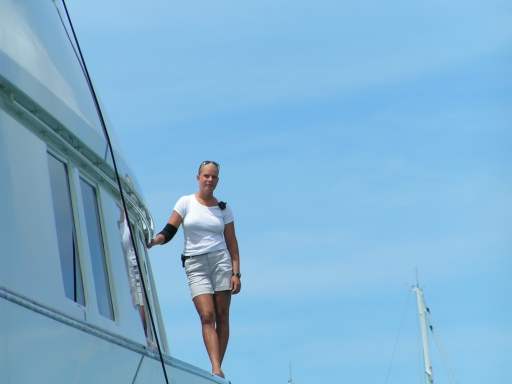 I also learnt that living on a sailboat and working on a Mega yacht couldn’t be more different. I grew up with the idea that everyone is equal.

By the time I left D’Natalin in Mallorca I had learnt a lot and it was with this new experience that I started teaching scuba diving at El Buceo, the same school that I had helped out at the past season. .