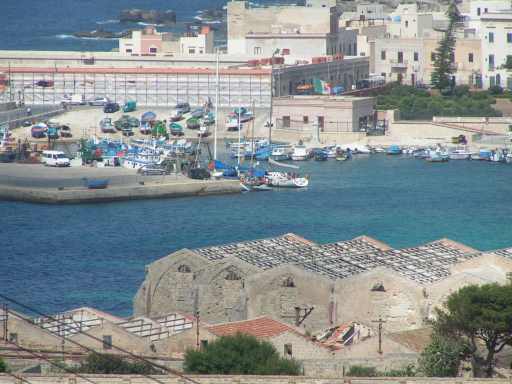 We left Pula, Sardinia at 09h30 on the 2nd of June, intending to sail the 300 odd miles to our next rest stop at the Southern tip of Sicily. The wind picked up from the northwest and we maintained good speeds in spite of reducing sail all the way to about 160 miles. This area is sprinkled with shallow banks, swirling currents and local storms. We decided to head in to Favignana to seek shelter and wait for the storm to blow through. Here is Gilana moored to the dock inside of two other boats.

Favignana is one of a group of four small islands at the Western tip of Sicily. It is most famous as a prison island. Liz and Laura took a scooter for a tour of the island while I stayed aboard to make repairs. When they returned it was my turn to take Liz for a ride on the scooter. 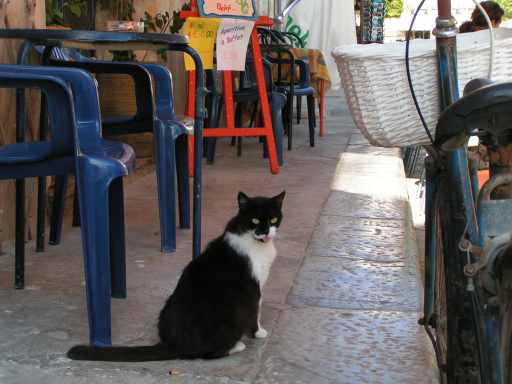 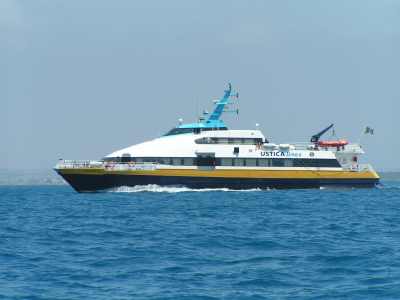 One of the many High speed ferries. We encountered this one on our way to ...

We anchored here arriving at night, and upon waking the next morning, discovered that we were anchored on a sewage outfall. We left before breakfast for Porto Empedocle... 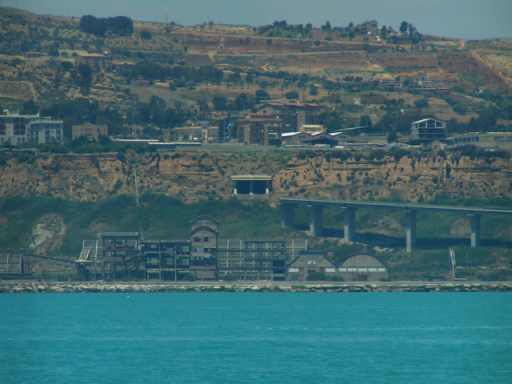 ...which was going to be our next stop. It looked to us like a scene from "Waterworld" and we expected a black-clad maniac on a Jet-Ski with a bandolier to come out of one of the docks, but never did. We pushed on and anchored for the night at Porto Agragas. Next morning we left, having only slept there, and taken no photos. Next stop was... 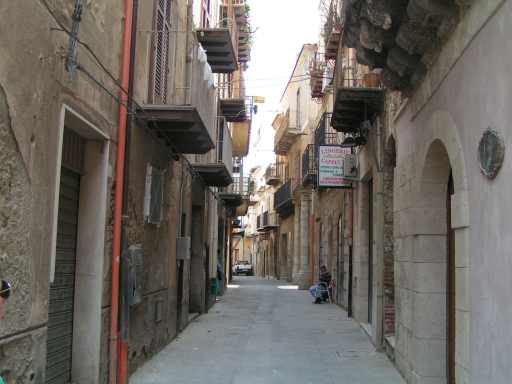 A nice place to stop and a return to the architecture we enjoy so much. The anchorage was inside a huge harbour and very safe. 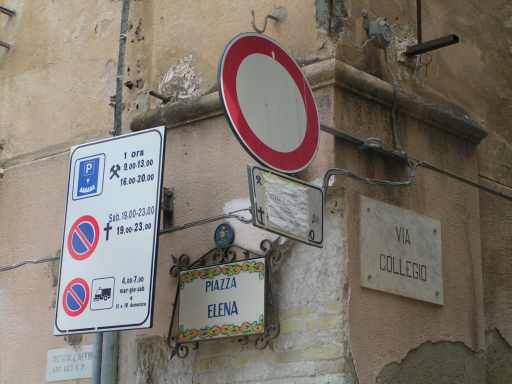 This corner was clearly prominent over the ages. 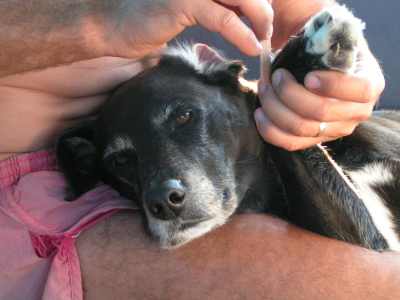 Once a month or so, we need to give Jack a pedicure. You can see just how much he hates it. 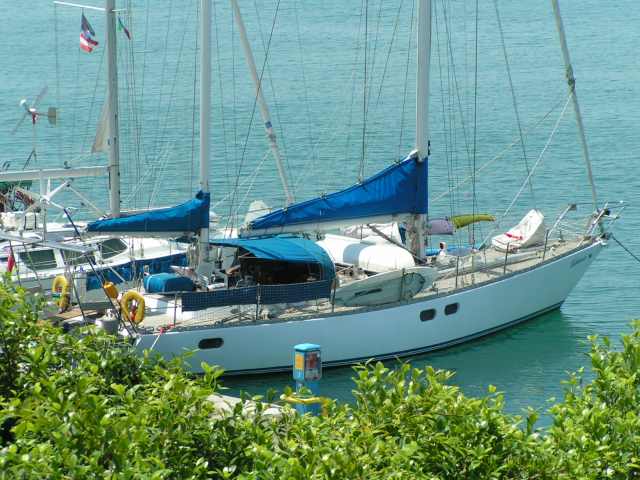 Definitely one of the highlights of our summer Med cruise. The town dock is in a protected bay, and is free! One only pays for water and electricity obtained from the modern blue utility posts. Operated and controlled by an electronic system similar to a bank autoteller, you charge the card and swipe it through the reader on the post. This is Archimedes' birthplace and it has been a centre of culture and science for over three thousand years.

We all enjoyed exploring the ancient streets, here Laura is in her element, Shopping in the market for fresh produce which was outstanding. 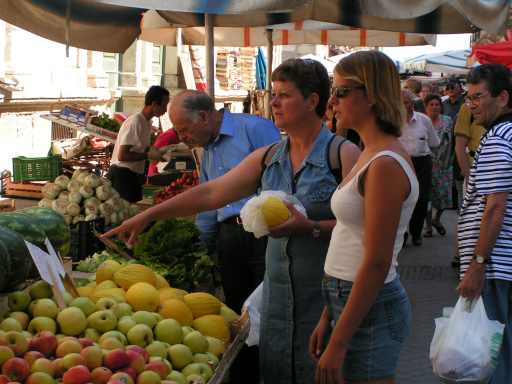 The colours, the prices, the quality were all wonderful.

Fruits of the sea and the land abound here.

Directly behind Gilana, was the old town of Ortegia, at night, this wide avenue was teeming with people, all dressed up in their best and out to enjoy the wonderful summer weather.

Liz and Mike at school. Here on the left are the remains of the Doric Temple of Apollo. Built in the late 7 Century BC. The architect was Kleomenes ably assisted by Epicleos. On the right is the somewhat different Catholic Santuario della Madonna, visible for miles. Built in 1960's it looks more like a Gemini spacecraft to me.

Some architectural details of the insides of the sanctuaries and side aisles.

A fresco, added to the Doumo, and a 7th Century BC urn under it.

The Duomo and St Peter.

The church on the left, has lived through several occupations. Initially built as a Doric Temple, the spaces between the columns were bricked in, and other additions and alterations made. It is now a Roman Catholic Church. The four gates on the right are the entrance to the monastary next door.

Everything is so quiet during Siesta, just muted muffled domestic sounds filtering through the shutters, as it has done for centuries.

Nothing to add, just nice photos.

No wonder there is crime here, with cops like that, even I feel like being naughty. Liz and her rollerblades, she is really getting good at this.

One of the longest restaurants we have seen.

There is always time for a swim, even while at sea, if we're going slowly enough.

Sadly we were on our way again, promising ourselves we would return to this wonderful city. We were overtaken by this ship as our bows pointed to Turkey, and we took the opportunity to play with the zoom function on the new camera a Minolta Dimage Z1